Emil Eckstadt, was born in Estuary, Saskatchewan, according to his birth certificate. When he was a young lad, his family moved to a farm near Medicine Hat, Alberta and that became their homestead.

On March 27, 1941 Emil made a trip to Calgary to get some needed farm supplies.  He saw a Recruiting Booth and stopped to make some inquiries.  That was the day Emil joined up as a soldier with the Canadian Armed Forces to serve his country.

He was 24 years of age and spent a portion of his army training in Vernon, B.C. and then was dispatched to Brandon, Manitoba.  From there I understand Emil boarded a Troopship on December 13, 1941 and arrived at Gourock in the United Kingdom ten days later on December 23, 1941.  He was then placed with the Canadian Artillery Holding Unit where anti-tank training continued.  From records recently obtained from Library and Archives Canada, it shows that Emil was stationed in Sicily, Italy and the United Kingdom during his military career overseas.

While in England Emil met a charming nurse and requested permission to marry.  This was granted and although he had to return to Canada with his mates on demobilization, his wife Denise, travelled with hundreds of other War Brides from Southampton, England to Halifax, Nova Scotia on the ship R.M.S Aquitania.  They were looking for a new life and exciting adventures in Canada.

On his Discharge Certificate it is noted that Emil Eckstadt received several Medals for his service.  They were the 1939/43 Star, Italy Star, The Defence Medal and the Canadian Volunteer Service Medal & Clasp.  Emil’s family treasure these medals and will keep them safe in remembrance of the many sacrifices this man and so many others made so that we can live in a free country.  We will never forget their journeys and what they have done for us. 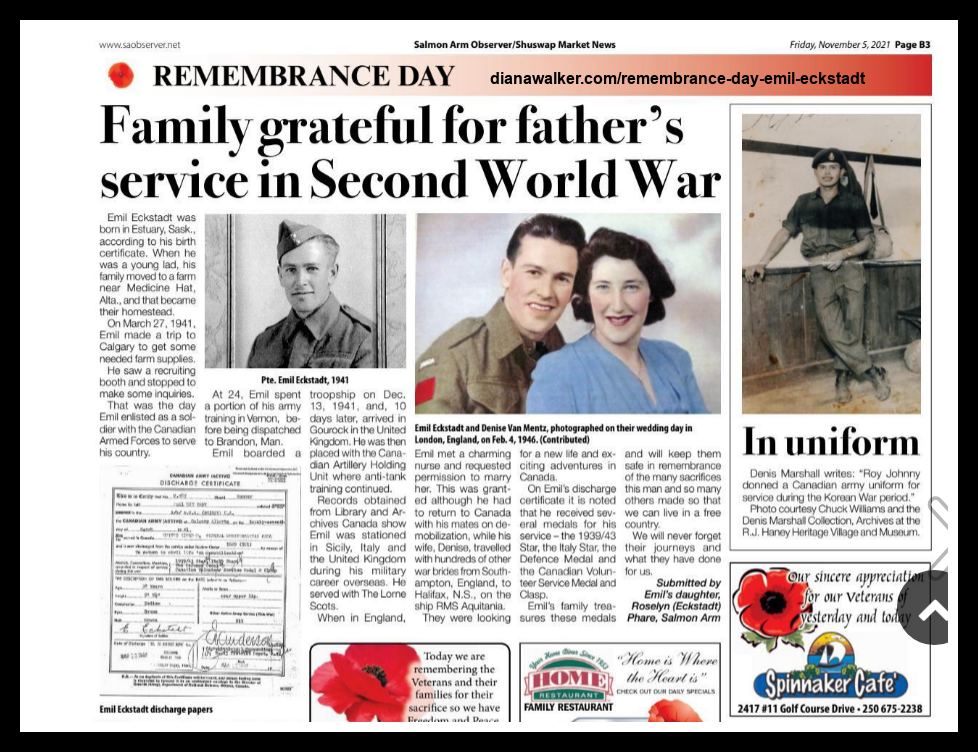 Below is a poem by our Mom, Denise Eckstadt.
Here is a tribute to Denise Eckstadt:
https://dianawalker.com/denise-eckstadt-video-in-memory-of-our-mom/ 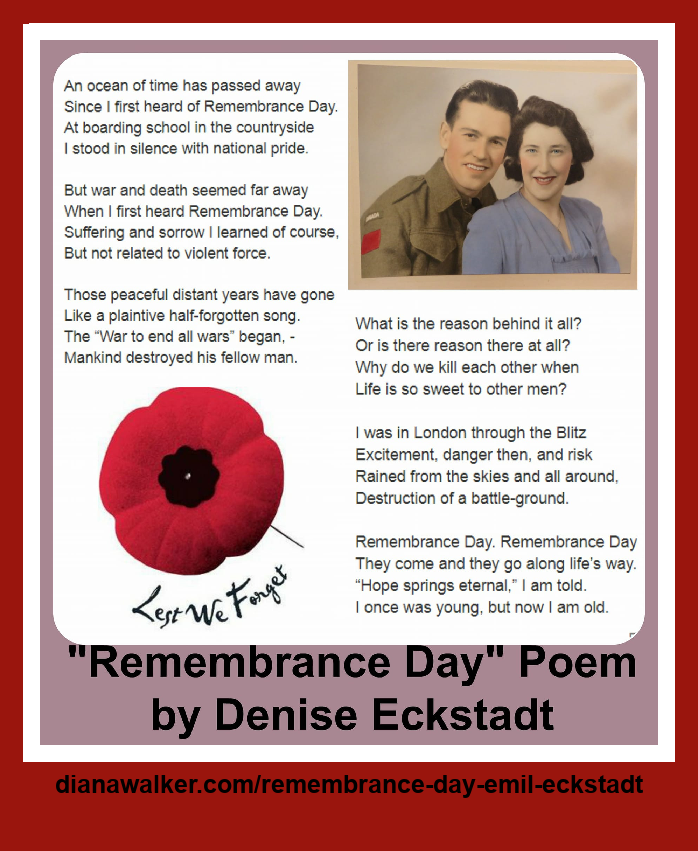